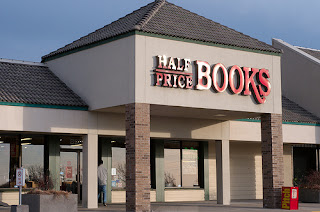 So, Half-Price Books is having a 20% off all merchandise sale this Labor Day Weekend (Aug.31 - Sept 3, 2018).  I had a couple of things in minds to seek out, a couple of old tomes that they might have.  The first, an old Bible.  The second, an old medical or health-related book that might help me with my pain.

Now, before you get all excited that I might be seeking some sort of absolution, I'll let you know that my faith hasn't been shaken.  My domestic partner, Kerry, and I have been having some philosophical discussions spurred on by some of the televangelist rants we've seen, on the t.v., mind you, that we've called into question.  Both of us have referred to our copies of the New King James editions, that were published in different years but say, pretty much, the same thing on the subjects of Cain and Noah.

I wish I still had my mother's Bible.  It was a beautiful book, black leather cover with gold-foil adornments.  Thinking back, aside from the toys I had that went missing during my childhood when we'd move (which was a constant thing, for whatever reasons), I wish I knew what happened to a few things of my mother's.  But I digress.

I pulled myself up and into the car, drove down to Overland Park on Metcalf to make my first stop at Half-Price Books #70.  With cane in-hand, I hobbled my way into the store.

I had to check out the graphic novel section and see if there might be an Essential Marvel or DC Showcase that I had missed.  The lone Ghost Rider was shelved and I did check to see that they had indeed jacked the price of that up, no doubt due to the recent passing of creator Gary Friedrich, and it being "OOP" (Out Of Print).  Well, they're ALL oop, so...

Amused, I continued on to my original intent to search for a Bible.  I was amazed and dismayed at the selections.  Various sizes, colors, and bindings of The King James Version, mostly new-ish, and then -- ONE --  An old, black-leather, very tattered cover, but pages well-intact edition.  I looked for a print-date on the inside, but to no avail.  I skipped to the sections of Genesis that I was mostly curious of, especially if they might be different than what I already had in my Bible.

Aside from the wording, which had more "thees" and "thous" than my version, the text reads the same.  I have to wonder if I need to look for something other than KJV to understand where the televangelists are getting their interpretations.  My fear, of course, is they are just making it up ("It", by the way, is some story of Cain being the son of the serpent and not of Adam).

I would have liked to have gotten the old tattered Bible, but it was a bit expensive for my budget, so I put it back and went onto the Health section.

I was disheartened to see so many new books in the health section and so MANY that I already have.  I don't think I'm going to find my answers in new books of health remedies.  The closest specific books on the shelves to what I have are probably the Fibromyalgia books or the ones on Multiple Sclerosis.  The problem with these books is they do not talk about treating the disease. 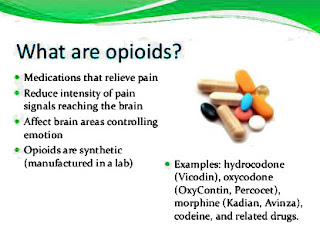 They talk about managing the pain.   I already know how to manage pain.  I don't like how I have to do that -- manage the pain -- but it's my only option, it seems.  I can only do that with NSAIDS, which have their drawbacks, as I don't have a doctor, nor can afford one.  And even with a doctor, they might -- I say MIGHT -- prescribe an opioid.  You know, there's an opioid abuse epidemic.  They say so on t.v.  It's the worst in your state, you know.   It's on all of the news.

For me, though, having access to opioids would be good and there wouldn't be a problem with abuse as my relationship with them would be consensual.

On the non-flippant side, I have known a number of people that have had chronic pain for up to 30 years that are on opioids and NOT addicted to them.  They get their allotment and mostly have to make-do with that and have to put up with continual harassment by doctors and physicians' assistants that want to "get them off of" the opioids.  The problem is, they don't want to try to figure out what causes the pain and don't have an alternative to just -- managing the pain.

Disappointed in not finding something from my list, I hobbled over to the DVD section and did find something to take advantage of the Half-Price Books' sale.

Help out an artist in need. Donate, or subscribe to my Patreon and see my web comic

While You're Here, Check Out THESE Awesome Blogs!